Calling all solo travelers! If you love globetrotting, you'll love Friendly Planet's latest deal! For a limited time they're offering significantly slashed single supplements on select international journeys. On these tours-- you'll only pay an additional fee of $99 – $199 for your single room. But hurry, solo spots are limited, and this offer expires on Nov. 8! Click on the picture above for more info!

Did you know that you can now go to Havana on JetBlue for $99 each way from JFK or Fort Lauderdale starting in November! I also noticed when

So my husband and I decided to go to Toronto & Niagara Falls for our Anniversary in October 2016! Do we drive or fly was the first question! 8 Hours on the road or 1 in a plane? Well when I used Kayak to price check - the plane tickets came out to about $150 r/t on Air Canada so we decided to fly from LaGuardia! ​ We spent a total of 6 days and 5 nights in Canada. We stayed at an apartment and not a hotel which saved us money! We used the Toronto City pass during our stay to

How about Peking Duck for Thanksgiving? You could spend the November holiday in Singapore, Thailand, Vietnam, or the Philippines instead. China Eastern Airlines’ is having an airfare sale to these countries — selling tickets to all of them for less than $500 round-trip. All flights depart from New York City’s John F. Kennedy Airport between Sunday and Wednesday throughout the month of November, and include a brief stopover in Shanghai. Tickets are selling quickly, but it’s st 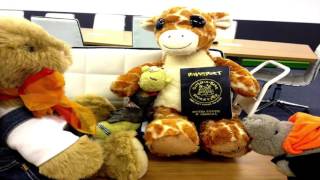 Around the World Cruise!!